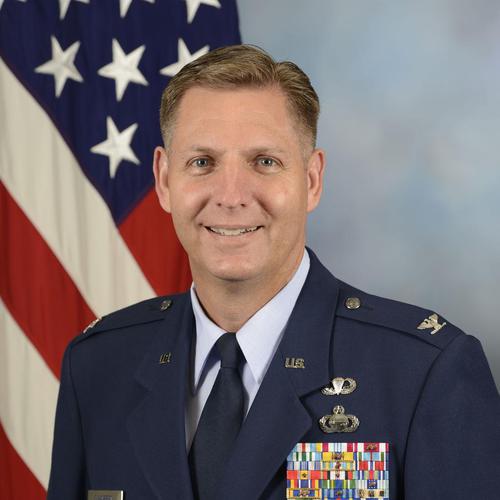 Colonel O’Harren was commissioned in 1992 as a graduate of the ROTC program at the University of Colorado Boulder. His is a career intelligence officer and also served as a National Aeronautics and Space Administration military liaison officer and aircrew member.

Colonel O’Harren has held numerous staff positions at the unit, Joint Staff and Office of the Secretary of Defense level. He has Directed and Commanded specialty joint and interagency teams and supported numerous overseas contingency operations. Prior to his current assignment, he served as a Deputy Director for Intelligence in the National Joint Operations and Intelligence Center and National Military Command Center while simultaneously serving as Director, Joint Staff J2 Reserve Intelligence Support Element. While there, he led a team of over 220 Joint Service Intelligence professionals in providing ongoing crisis intelligence support and analysis to the President, Secretary of Defense, Chairman of the Joint Chiefs of Staff and other senior leaders in the Department of Defense.

By clicking 'Accept', you agree to the use of cookies. To learn more see our Privacy Statement.